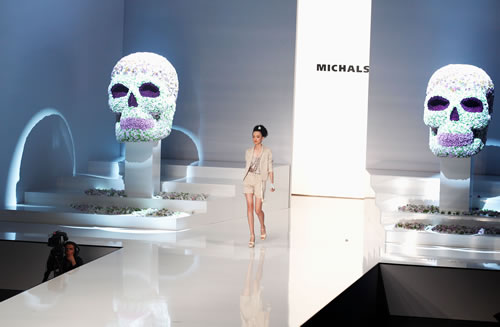 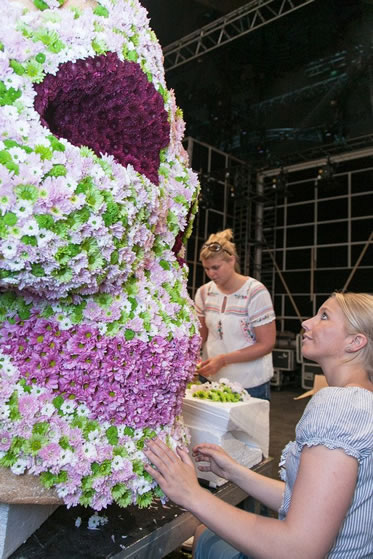 Björn and his talented team used over 5600 chrysanthemums to make the skulls.  The heads were individually pinned onto the base. 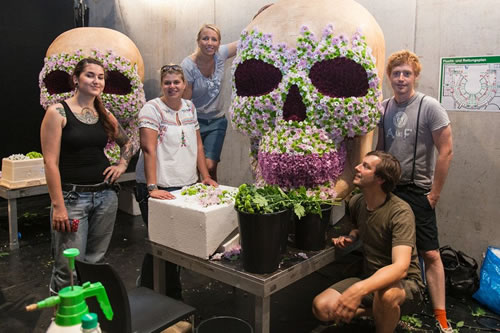 The team used several types of chrysanthemum to make the skulls including single and double varieties. 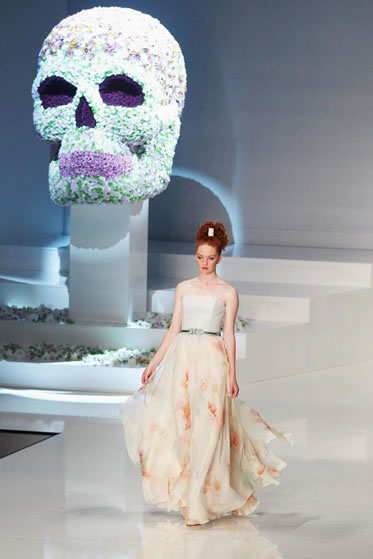 Michalsky said “I think chrysanthemum is one of the most interesting flowers.  It’s not so traditional and not as burdened by meaning as other flowers are, so it’s really capable of surprising you.  I was stunned to see how many varieties are available.”