Flower of the week – Calla Lily 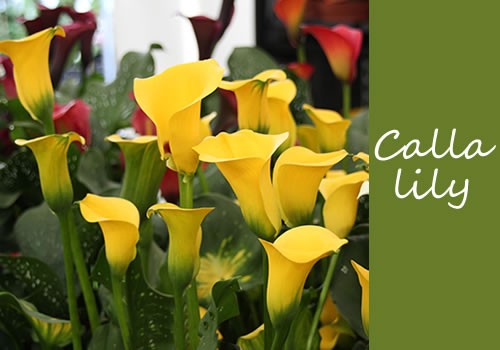 They are usually referred to as calla or arum lilies, arums are usually hardier and larger varieties. The botanical name is pronounced zanter-DEE-sha.  They were named zanterdeschia in honour of Giovanni Zantedeschi an Italian botanist. 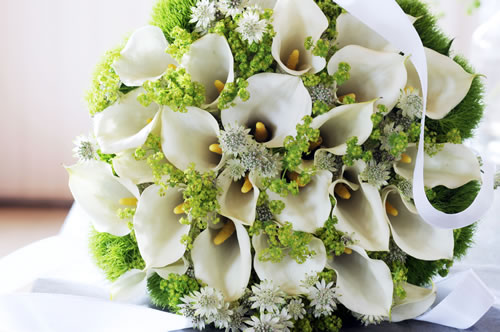 There are eight species including giant white arums and various coloured callas.  They have thick fleshy stems and showy flowers, which are popular as cut flowers.  They grow naturally in marshy areas, in some countries they have naturalized and are regarded as weeds.  All parts of calla plants are poisonous and should not be consumed. 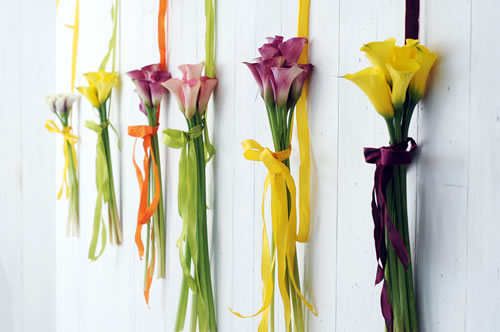 The structural shape of calla lilies makes them very popular as cut flowers and for corporate displays.  They are available in many colours and last about 2 weeks.  Some varieties like green goddess last up to 4 weeks.  Callas are a luxury flower used in premium bouquets and wedding flowers.